A long time ago, in a galaxy far, far away (AKA London) the first trade show—The Great Exhibition—was held on May 1, 1851. A while after that (126 years and 24 days to be precise), Star Wars: A New Hope was released. Both were trailblazers. The Great Exhibition pathed the way for millions of trade shows and events to follow. Decades later, the culture phenomenon Star Wars is still going strong with more movies/spinoffs on the way.

But trade shows and Star Wars have more in common than being long-lasting, popular, and awesome. Ten more things if we’re counting (and we are). Here’s ten lessons straight from Star Wars that will kick your trade show performance into hyperdrive.

#1: Audience Matters — Who Are You Targeting?

“Your focus determines your reality.” —Qui-Gon Jinn, The Phantom Menace

Ah, good old Qui-Gon Jinn to start us off. This quote strikes straight at the heart of marketing: Are you focused on the right audience? No matter how good you are at marketing, if you target the wrong people, you will never be successful. If the people you target lack the means or drive to buy, then they are the wrong audience. Learn who your target market is and study them constantly. Everything at your trade shows must appeal to your audience. Ask questions like:

#2 Pick and Choose Your Shows

“Why does everyone want to go back to Jakku!?” —Finn, The Force Awakens

Arguably one of the best lines from Episode VII, it also touches on an important aspect of trade shows: location selection. Which shows you choose to attend, and which shows you skip, play an important role in your overall success. Typically, 81% of trade show attendees have purchasing power. But if you attend an event with only a small percentage interested in your specific product, then that number is not as impressive. Do your research on each show and the expected demographics beforehand to select the best shows to attend. Then keep track of the success of each show for comparison. At the end of the year, you can decide which events provided the best ROI. And if certain trade show results stink worse than Garbage Compactor 3263827 or the insides of a dead Tauntaun, then stop going back!

#3 The World is Evolving — So Is Effective Marketing

“You must unlearn what you have learned.” —Yoda, The Empire Strikes Back

The first of four quotes on this list courtesy of Yoda. Because let’s be honest here—wisdom, Yoda has. You may recall this particular scene during training in Dagobah, when Luke’s X-Wing starts sinking into the swap. Luke has a hard time believing that the Force is capable of moving such a heavy object. Yoda spouts off his typical wisdom, including this quote above. We can take a great deal from this, but for trade shows, it reminds us that the event industry and effective marketing is constantly shifting and evolving. We need to constantly search for better technology and marketing strategies so we can win at trade shows. Change can be tough, but if we want to reach our true trade show potential (or become a fully realized Jedi Knight), we must be willing to adapt and keep up with current marketing trends.

#4 Stop Doing What Everyone Else Does — Stand Out

“Who’s the more foolish, the fool or the fool who follows him?” —Obi-Wan Kenobi, A New Hope

When it comes to trade shows, sometimes we get into this swamp-sinking mentality: “We are attending this show because it’s what companies like us do” and “We are designing our booth this way because it’s how it’s done in the industry.” Old Ben offers some great advice here—stop blindly following! Take a hard look at why you make certain decisions and whether they are effective. Most importantly, make adjustments when the results are mediocre. By standing out from the crowd, you will maximize your branding while also generating more leads.

"The fear of loss is a path to the dark side." —Yoda, Revenge of the Sith

Fear leads to anger . . . Anger leads to hate . . . Hate leads to suffering. And when it comes to trade shows, Yoda is right again (of course). If you take a conservative approach to your trade shows, fearing to lose your current success, you will never progress. As mentioned earlier, the trade show world is evolving, and you need to keep pace with it. Take a few risks with your marketing efforts before and after trade shows. Try a few new marketing platforms. Implement the ideas that you’ve been toying around with in strategy meetings. Run more tests on your email and social media campaigning. Don’t just stay in place and fear losing in the future. That’s a one-way ticket to ineffective trade shows—and the dark side.

“In my experience, there is no such thing as luck.” —Obi-Wan Kenobi, A New Hope

Another awesome quote from A New Hope that applies to trade shows. Maybe that’s one reason why so many people list it as their favorite Star Wars film? Just saying. From Obi-Wan, we are reminded that trade show success is not a matter of luck. There are many variables that go into a successful trade show and positive ROI.

All these areas impact your event success because, really, there is no such thing as luck.

“Size matters not. Look at me. Judge me by my size, do you?” —Yoda, The Empire Strikes Back

One of Yoda’s most famous quotes, and it also has a meaning for trade shows. Sometimes, we get into the mentality that the bigger, the better. But that’s not always the case for trade shows. Bigger shows will drive more traffic to your booth, which can be great for branding purposes. But smaller trade shows offer a more intimate, concentrated setting. With only a few hundred attendees (and sometimes even less), the attendees tend to be more exclusive. A few hot leads from a smaller show could close more deals than dozens of leads from a big show. Depending on the industry and event, sometimes smaller is better. Just like Yoda. Judge him for his size, do you?

#8 Don’t Let Your Ego Weigh You Down

What a great scene from Episode IV! But coming from the same guy who says “Never tell me the odds,” and replies “I know” to a love confession from Princess Leia, Han is really the pot calling the kettle black here. Still, it’s a great reminder, including for event and trade show success. No matter how awesome our trade show performance, we must remember to stay focused. Some of us attend shows to find hot leads, some of us attend to engage with existing clients or for branding. Whatever the case, if you get too confident or lax at the booth, your performance will suffer. According to Udi Ledergor’s The Fifty Secrets of Trade Show Success, there are many booth behaviors that will harm branding and lead capture. For example, being on phones, excess talking among booth staff, eating at the booth, dressing unprofessionally, and sitting down on the job. Professional behavior and booths go a long way toward overall event success.

#9 Learn from Your Mistakes

"Strike me down, and I will become more powerful than you could possibly imagine." —Obi-Wan Kenobi, A New Hope

In Episode IV, Obi-Wan and Darth Vader clash lightsabers as a former master and apprentice. It’s been years since their last encounter (Obi-Wan had the high ground there), and now Vader is ready for his revenge. Then Obi-Wan delivers this powerful line. With it carries a resounding message for us today: even when we fail, we can rise with more understanding and strength. Look at your least successful events and pinpoint areas for improvement. Learn from your mistakes. Sometimes it means taking a different approach to an event, sometimes it means skipping a certain event altogether. Data and visibility into events increases your ability to grow and progress, no matter your previous failures. Then you can come back more powerful (and prepared) than your competitors could possibly imagine.

“Do. Or do not. There is no try.” —Yoda, The Empire Strikes Back

The final quote, courtesy of Yoda. And probably the top Star Wars line quoted by parents to convince their children to actually do their chores (at least that was the case for us). Yet it still rings true years later. When it comes to event and trade show planning, you may have grand plans and strategies. Yet when it comes down to it, only implementation makes an impact. Being the first to call back leads after shows, differentiating between SQLs and MQLs, comparing events for data-driven decisions, and overall winning at trade shows—all these great plans are up to you and your team to actually put into action. Do. Or do not. There is no try.

May the Force be with you at your next trade show! Have you made more connections between trade shows/events and Star Wars? Let us know on social media! We’d love for you to geek out with us! 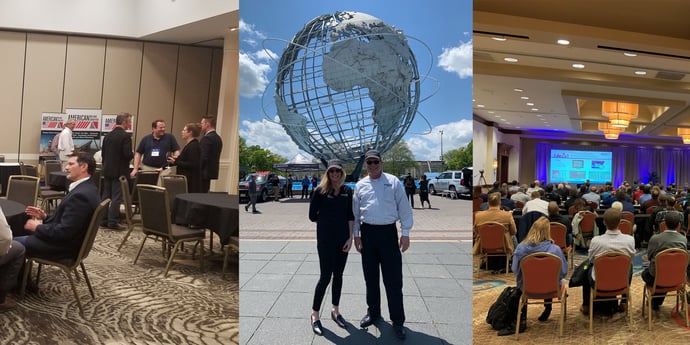 Why Is Everyone Talking About Small Events? 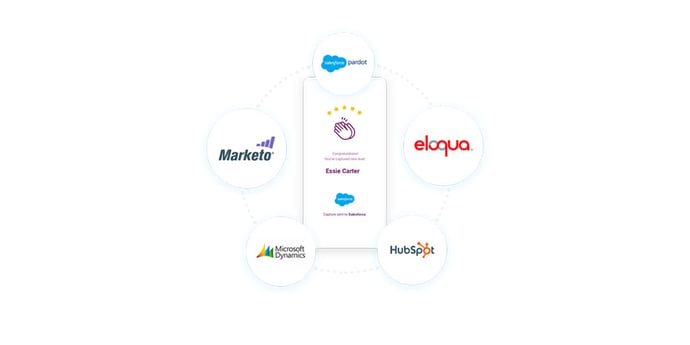 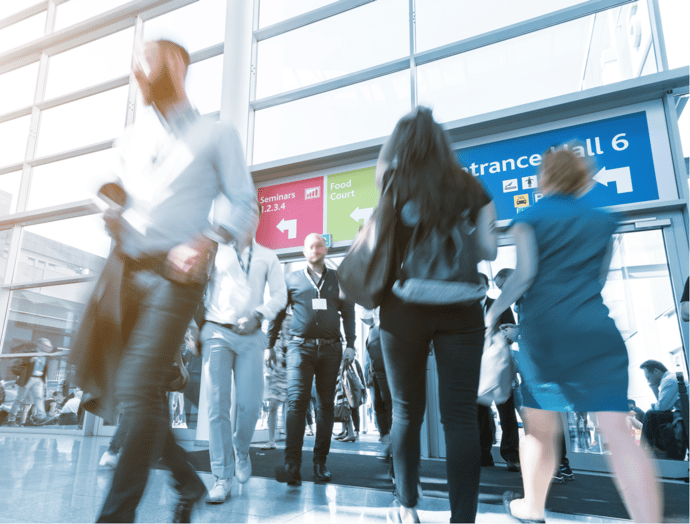 3 Lessons the Coronavirus Teaches Us About Trade Shows 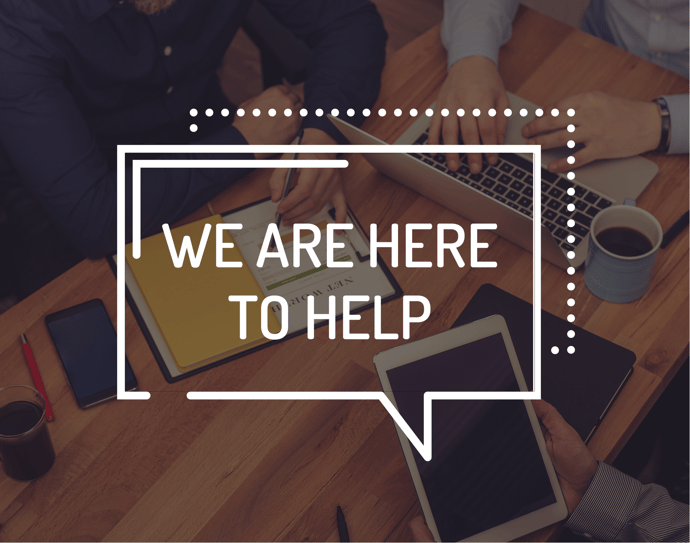 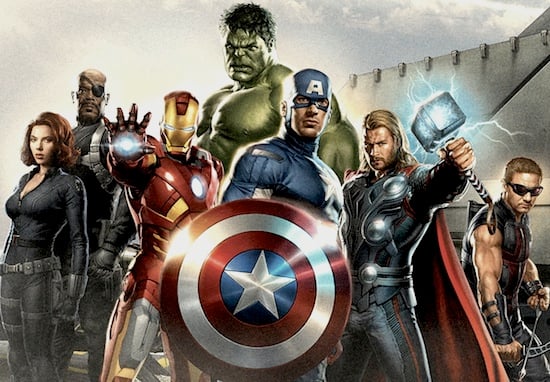 3 Lessons the Coronavirus Teaches Us About Trade Shows

Why Is Everyone Talking About Small Events?

Lead Qualifying 101: Get Sales and Marketing Alignment (Infographic)
9 Lessons The Office Teaches Us About Trade Shows

Why GDPR Is Such a Big Deal at Trade Shows How to Personalize Your Event Automated Emails 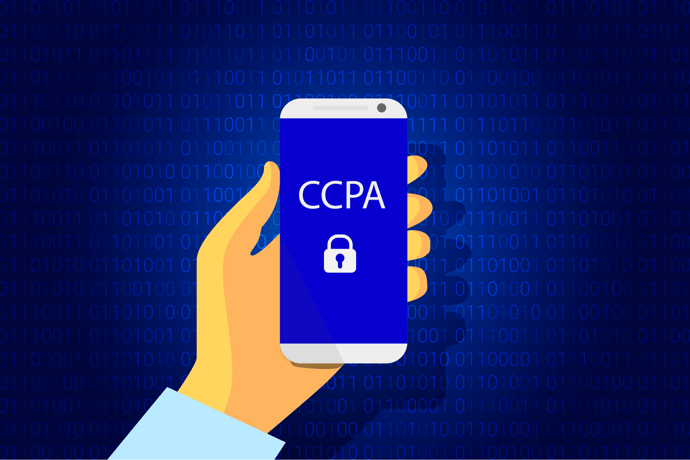 How to Comply with CCPA and Data Privacy at Trade Shows